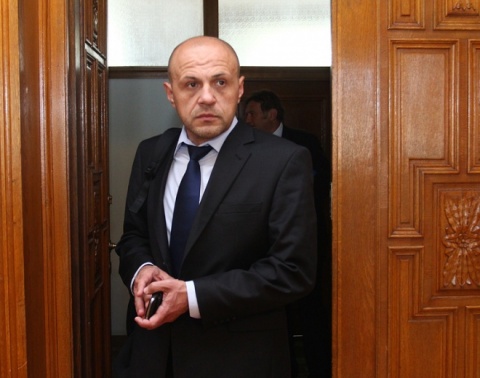 The temporary suspension of payments under the EU Operational Program "Environment" is the fault of ministers from Bulgaria's former GERB government.

The above has been confirmed in writing by the European Commission, the Bulgarian news agency BGNES reported Tuesday.

EC has informed that those responsible for the freezing of funds are former ministers Tomislav Donchev (Minister for the Management of EU Funds), Nona Karadzhova (Environment and Waters Minister) , Simeon Djankov (Deputy Prime Minister and Minister of Finance), Ivelina Vasileva (Deputy Minister of Environment and Waters) and two senior officials, Malina Krumova (Head of the Managing Authority of Operational Program "Environment") and Dobrinka Mihaylova (Head of Unit "Audit of EU Funds" at the Ministry of Finance).

The letter confirms that the temporary freeze of payments under OP "Environment" stems from the reluctance, lasting close to three years, of former rulers from Citizens for European Development of Bulgaria party (GERB) to comply with the report of the European Court of Auditors from 2011, which called for the imposition of higher financial corrections in projects funded with EU money.

Former ministers Tomislav Donchev and Nona Karadzhova, Deputy Minister Ivelina Vasileva, Malina Krumova and Dobrinka Mihaylova had refused to impose the required corrections, although this has been insisted on in three letters – from October 9, 2012, November 9, 2012 and February 13, 2013.

The letter from the European Commission states that EU auditors have checked four projects funded by OP "Environment" and found the following violations: insufficient financial corrections for the sake of mixing criteria; insufficiently long periods of notice for bids submission; discrimination based on membership in the Bulgarian Chamber of Commerce; unequal treatment of applicants during the selection phase and irregular extension of the deadline for submission of bids.

In the correspondence, the Commission has required the Managing Authority of Operational Program "Environment," directed by Malina Krumova, Deputy Minister of Environment and Waters in the caretaker government of Marin Raykov, to strengthen control systems and improve directions given to beneficiaries in order to prevent similar mistakes from happening again.

The Managing Authority of OP "Environment" is expected to examine the entire program and all public procurement under it and provide a representative sample of all expenses submitted for payment to the Commission in the period 2010 - 2013, i.e. during the term of the government of GERB.

The Unit "Audit of EU Funds" at the Ministry of Finance is required to review their audits of incurred expenditure, declared to the Commission in 2012, during the rule of GERB leader and former Prime Minister, Boyko Borisov.

In the letter to the Bulgarian authorities, Brussels requires the Managing Authority of OP "Environment" and the EU Funds Unit at the Ministry of Finance to amend their procedures to comply with the requirements of the European Commission, something that has not been done in the period 2011 - February 2013, despite letters sent to the GERB government.