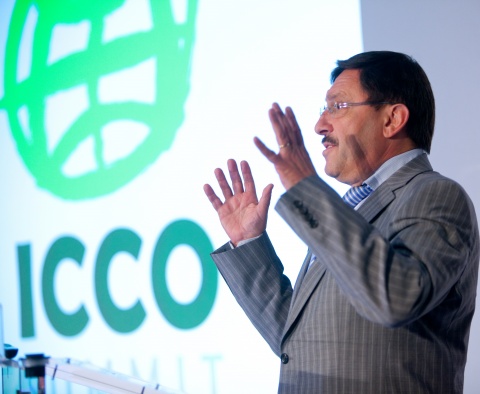 Maxim Behar has been a Treasurer of ICCO for the past 3 years. Now he will replace Jean-Leopold Schuybroek, long term PR professional from Belgium and one of the founders of ICCO.

The announcement was made by BAPRA, the Bulgarian PR Association, on Wednesday.  Maxim Behar is currently BAPRA Board member and its former Chairman of the Board.

"We accept Maxim’s election as a great recognition of his personality, hard job and professional achievements, but also as recognition to BAPRA as a community of companies with very high standards, morality and integrity,“ Nikolay Nedelchev, current BAPRA President, commented.

“I know Maxim for years and I am deeply convinced that his experience and energy will be extremely useful for ICCO and also Bulgaria will be promoted in the best way to the world of Public Relations.“

International Communications Consultancy Organization (ICCO) is the largest communications community in the world having as members almost 1 600 PR firms from Europe, Asia, Africa, The Americas and Australia.

Maxim Behar has been a Treasurer of ICCO for the past 3 years. Now he will replace Jean-Leopold Schuybroek, long term PR professional from Belgium and one of the founders of ICCO.

The new executive Committee of ICCO also includes President David Gallagher, Andrey Barannikov, who replaces Behar as Treasurer and Francis Ingham, who will be Chief executive of the organization.

“It is an honor for me to have been trusted with running the organization for another year, and in such a distinguished company. Maxim has done a tremendous job as Treasurer in the past 3 years, and I have no doubt that his performance as Vice-President will be even more exemplary."

Earlier this year Maxim Behar was elected Chairman of the Board of The World Communications Forum in Davos, Switzerland, he is also a member of tens local and international Boards and associations.

He also serves as Honorary Consul of Seychelles to Bulgaria.

The Bulgarian PR association (BAPRA) is established in 2001 and today unites companies from the PR business in Bulgaria. BAPRA is a member of ICCO and of The Bulgarian Business Leaders Forum.