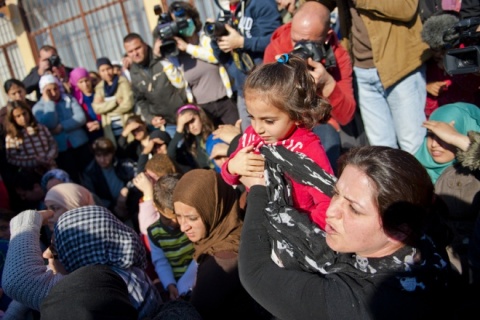 Bulgaria has seen a considerable refugee influx in recent months. Photo by BGNES

The Czech Republic is giving EUR 1 M in assistance to Bulgaria to cope with the refugee crisis.

Meanwhile, the European Commission is granting EUR 8.6 M for the same cause, announced Vincent Cochetel, Director of the Bureau for Europe of the United Nations High Commissioner for Refugees (UNHCR), quoted by bTV.

Assistance further includes a technical team of the United Nations to assess the situation in Bulgaria and to identify the most pressing needs of Syrian refugees and address them.

Syrians, accommodated at the refugee center in the southern Bulgarian town of Harmanli, will receive one hot meal a day for a month. It is expected that within weeks all immigrant shelters will have heating for the winter.

The country is the gateway to the European Union for refugees fleeing Syria via Turkey, many crossing the border illegally. It has shown both the lack of preparedness of state institutions to accommodate the refugees, as well as the latent xenophobia of parts of Bulgarian societies.

Interior Minister Tsvetlin Yovchev proposed a plan for reducing the number of illegal immigrants as along with asylum seekers from Syria, a large number of people from North Africa and the Middle East also cross the southern border with Turkey. The plan includes deportation of the latter. There is also a draft Bill on the issue with the refugee wave and another plan to build a wire fence on the Turkish border.