Amnesty Piles Up Pressure on Bulgaria over Refugee Attacks 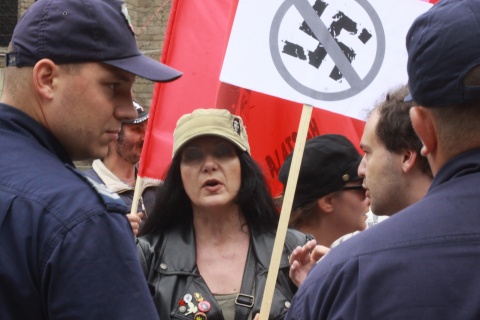 Bulgaria must rein in xenophobic and racist violence, Amnesty International urged local authorities in a harsh statement, the second within less than a month.

The Bulgarian authorities must send a clear message that they will take all necessary measures to curb the growing spate of attacks against refugees and migrants on the streets of the capital Sofia, Amnesty International said.

The call came after two Syrian men in their 20s and 30s were injured in a violent attack in Sofia’s Sugar Factory district Sunday night.

A third man targeted in the attack reportedly escaped unscathed. It is the seventh such assault on the city’s streets since the beginning of November 2013.

“So far, instead of investigating and bringing the perpetrators of these violent attacks to justice, the Bulgarian authorities have sought to downplay them as run-of-the-mill muggings and crimes. Bulgaria is obliged under international law to thoroughly investigate any possible hate motive behind these crimes. Hate crimes are an affront to human dignity,” said Jezerca Tigani, a Deputy Director of Europe and Central Asia Programme of Amnesty International.

“The Bulgarian authorities must take a clear and public stance that xenophobic and racist violence will not be tolerated. Refugees and migrants must be protected from any further harassment and violence.”

The latest attack took place around 11 pm on Sunday in Sofia's Sugar Factory district. Both victims are injured as a result of the ordeal – a 27-year-old Syrian man has a broken nose, while a 35-year-old Syrian man suffered multiple cuts to his head.

Bulgaria’s Ministry of Interior has stated that around eight unarmed assailants carried out the attack – but eyewitnesses say the number was closer to 25 and they had knuckle dusters and knives. Police are reportedly not ruling out hate as a motive.

Bulgarian law allows for offences to be prosecuted as hate crimes if they involve violence, or if an attack is carried out by a group.

Amnesty International claims that the attacks have sown widespread fear amongst Sofia’s refugee and migrant community.

In the opinion of the human rights organization the ongoing intimidation and attacks suggest that Sofia’s police and other authorities are not taking adequate measures to prevent them.

"The way the authorities are handling the situation is disturbing. They are trying to frame the current attacks against foreigners as everything else but hate crimes. However, the facts indicate that they are hate crimes and should be fully investigated as such,” said Borislav Dimitrov, coordinator at Friends of Refugees, a local group providing support and assistance to refugees and migrants.