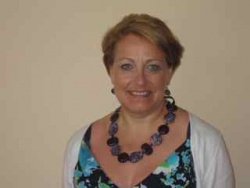 Could you please disclose details about the preparations for the 19th Annual Charity Bazaar?

A team of volunteers led by Fatma Senem Ustun has spent the last 6 months organising this year's bazaar which I think will be one of the best ever.

Stallholders have been briefed, the floor plan designed, the advertising organised and volunteers recruited. Hundreds of people have been making, baking, decorating and collecting donations and our very special guest Hilda Kazasyan has agreed to open the event for us.

So everything is nearly ready for the bazaar, which will be this Sunday 1st December. Doors open to the public at 10.30 and close at 17.00. Entrance is by ticket which you can buy on the door. Those younger than 12 years and older than 60 years are free. Everyone else is 3 BGN.

What makes the Charity Bazaar of IWC different from other charity events?

It is the single biggest charity event in Bulgaria – and possibly the Balkans.

What's different is it attracts ordinary Bulgarian citizens. We have donations and sponsorship from businesses and others, and for that we are extremely grateful, but two thirds of the income from the bazaar is actually what we take on the day and it is the people who come through the door and spend their hard earned leva that make this event particularly special.

Of course it is also the international flavour of the event that marks it out from the rest. Although we have a number of Bulgarian ladies who belong to the club, the vast majority of our members are women who are not native to this country but who are using their privileged position, skills and talents to help those in Bulgaria who are less fortunate than themselves.

Is it difficult to organize charity events in Bulgaria? Are Bulgarians willing participants in such events?

It is no more or less difficult than in other countries. There are the economic limitations here just as there are at the moment elsewhere in Europe and sometimes the 'red tape' of bureaucracy is a bit tiresome – my arm is nearly falling off from signing all the donation contracts in English and Bulgarian in duplicate! But people and organisations are surprisingly willing to help, particularly when they see how hard the IWC will work to put the event together. We have a number of longstanding partners including Sofia Municipality who work with us. The IWC has a good reputation in the local community now, both for the bazaar and the projects we can help and support from the funds raised.

How many stalls and countries do you expect this year? What events does the program include?

There are more than 60 stalls this year. 42 of them are international stalls which represent 48 different countries. Then there are 12 of the charities that we support each with their own stall and also some special tables run by the IWC such as toys, books, second-hand clothes and a tombola.

There is so much food and drink available at the bazaar you could eat yourself around the world! There will be bargains from one leva upwards to be had, so something for everyone. You can do all your Christmas shopping at the bazaar with some beautiful art and crafts available and of course we mustn't forget the entertainment on the central stage all throughout the day.

How will the proceeds be distributed?

The projects and charities the IWC support are varied and diverse. From the soup kitchen here in Sofia to a children's centre in Varna to a mobile breast cancer screening programme for some isolated villages to a higher education sponsorship programme to support orphaned children through university. Each project is monitored and has to be transparent so we can be confident the money is being spent as it should. Some of our projects are long standing, established, well organised good causes that the IWC have been supporting for a number of years. Others are more recent additions to our portfolio because times change and needs differ. For example, the emphasis is steering away from state institutions for abandoned children and towards fostering children into families so some orphanages are shrinking and need less financial support but the children's centres that support the family are growing and so are applying for additional funding. Potential new projects are invited to apply for funding and then a committee of IWC board members assesses each case on its merits.

Could you tell us more about the campaign for collecting donations to help the Syrian refugees? How do you estimate Bulgaria's efforts to cope with increasing refugee numbers?

As a non-political organisation the IWC simply assesses where there is a humanitarian need and if we are in a position to help. There is no question that the people who have had to flee Syria and find themselves in Bulgaria are in desperate straits. The IWC is working closely with UNHCR and the Bulgarian Red Cross to establish where is the greatest need. It was recognised that we could help by running a toiletry and feminine products drive so we asked our members to buy an extra shampoo, soap or some toothpaste and such like whenever they did their shopping and to bring them along to a recent members meeting. The charity foundation then topped this up with some additional emergency funding so we could purchase more products and these will be passed to the Red Cross to be distributed where it is felt they are most needed. We continue to be advised by our partners and will respond where it is deemed appropriate.