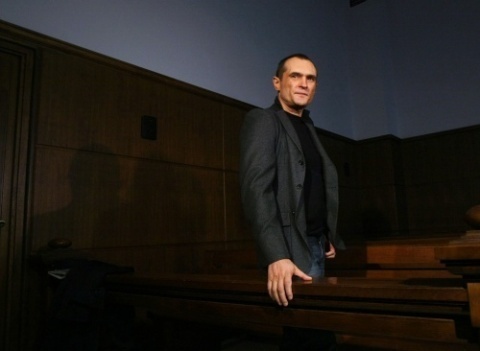 Bulgarian billionaire Vassil Bozhkov (pictured) has repeatedly said that the collapse of Moststroy AD will in no way impact the performance of Holding Roads. Photo by BGNES

A road construction company, believed to be controlled by billionaire Vassil Bozhkov, announced it has filed for insolvency.

Holding Roads, the leading company in the tie-in, which won the tender for the construction of the longest section in Trakiya highway, linking the city of Yambol and the town of Karnobat, made the statement exactly two years after a spate of reports about its poor financial state flooded local media.

The company posted a loss of BGN 6.12 M at the end of September 2011 and said its debts to banks and non-banking financial institutions increase.

In the middle of September 2011 the United Bulgarian Bank, a unit of the National Bank of Greece SA, froze the bank accounts of the construction company.

"Accounts, receivables and bank tapes of Holding Roads at First Investment Bank and Bulbank, worth BGN 7.5 M have been distrained for the benefit of United Bulgarian Bank," the company announced in a statement, circulated to the media.

A loan borrowed from the United Bulgarian Bank was due, but not paid, according to the bank, a claim that the company vehemently denies.

Earlier that year an Elana trading analysts' review of indebted companies according to the main indices of the stock market SOFIX and BG40 showed that Evrohold Bulgaria, Petrol, Holding Roads and Kaolin are the companies with higher levels of debt as compared to the resources available.

According to the analysis the holding companies with bigger and more complicated structure will be closely monitored by investors and their shares will most probably lag behind the developments of the market in the mid-term.

Reports of Holding Roads frozen bank accounts surfaced half a year after Moststroy AD, another construction company believed to be controlled by Vassil Bozhkov, filed for bankruptcy after all its bank accounts were frozen because of unpaid debts.

A loan borrowed from the United Bulgarian Bank, a unit of the National Bank of Greece SA, was due on May 31, but the company said it had no money. Its construction machines and other equipment have been seized by Interlease, the company that leased them.

Analysts commented that the file for insolvency of Moststroy AD was very bad news for the Bulgarian capital market, but comes as no surprise. The precedent was feared to further dent the trust of the investors, particularly those from abroad, and make it more difficult to get credits from banks.

Sofia City Court however rejected the application for insolvency by Moststroy AD, saying it has decided not to presume insolvency as the company has sufficient assets.

Under local legislation a company, which has declared insolvency, can restructure and draw up a rehabilitation plan.

Bulgarian billionaire Vassil Bozhkov had repeatedly said that the collapse of Moststroy AD will in no way impact the performance of Holding Roads.