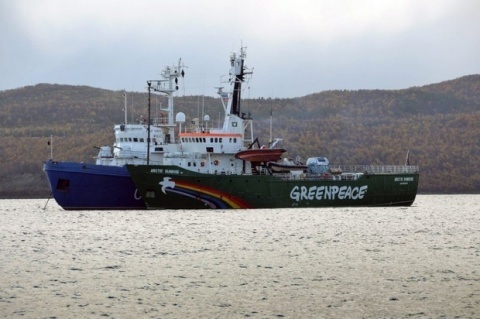 The last of the Greenpeace activists arrested in Russia in September was granted bail by a court in St. Petersburg on Thursday.

The court set bail for Colin Russell from Australia at 2 million rubles (USD 60,000), the same condition set for the other 29 crew members, who were all granted bail last week and have all been released.

Russell was the only one to be refused bail last week, prompting Thursday’s appeal hearing, RIA Novosti reminds.

A total of 28 Greenpeace activists and two reporters were initially charged with piracy for attempting in September to scale an Arctic Sea oil platform owned by an affiliate of energy giant Gazprom in protest at offshore drilling in the environmentally sensitive area. If found guilty, they face up to seven years in jail.

An international maritime tribunal ordered Russia last week to release the Arctic Sunrise, which is currently moored in the Russian port of Murmansk, and all 30 detainees on bond of 3.6 million euros (USD 4.8 million).

Kremlin officials promptly said Russia would not comply with the ruling, and that the tribunal had no jurisdiction in the case, RIA Novosti informs.