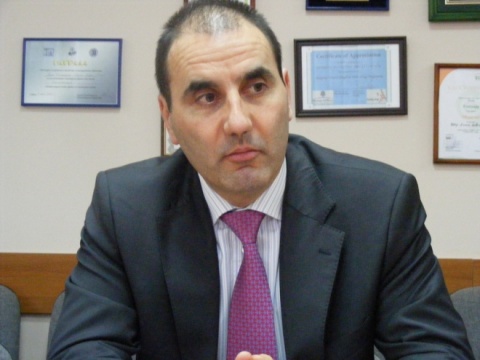 The first session back in October backfired because one of the judges withdrew after tabloid publications she had an affair with Tsvetanov's defense counsel, Menko Menkov, though both firmly denied it.

Tsvetanov arrived in the courtroom Thursday in the company of his two lawyers, Menkov, and German Hans-Peter Uhl.

Uhl told the media that the scandals around his client emerged right before the May general elections, meaning there was a link between the two. He added he would be watching the case closely in order to submit a report to the European Human Rights Court in Strasbourg later.

Tsvetanov, who is an MP from the opposition center-right Citizens for European Development of Bulgaria party, GERB, has been charged on two other counts - large-scale embezzlement (BGN 50 000) to the benefit of Orlin Todorov, and failing to exercise proper oversight over Interior Ministry officials in charge of implementing special surveillance equipment, as result of which unauthorized wiretapping took place.

Tsvetanov gave up his MP immunity in two cases.

A decision to lift lawmakers' immunity from prosecution is required for each separate case.