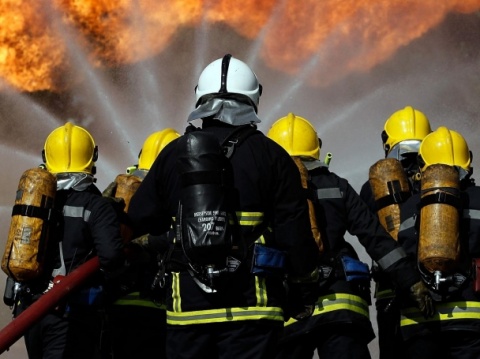 Fire crews in Sofia have been sent to extinguished the blaze at a building housing illegal immigrants, file photo

A blaze has been reported in downtown Bulgarian capital Sofia, in a building housing illegal immigrants.

The fire broke around 8 am Wednesday morning near the open-air Women's Market (Zhenski Pazar) and started from the roof of some storage facilities on the corner of Stefan Stambolov and Knyaz Boris streets.

Four fire trucks and a fire crew were sent and they extinguished the flames. An ambulance was also dispatched. There were people inside, but no injuries have been reported.

According to Darik radio, one of the affected buildings is used to house about 200 illegal immigrants from Afghanistan.

The Mayor of "Vazrazhdane" district told bTV that just one day earlier she received a complaint about deplorable conditions in the same building and has launched a probe.