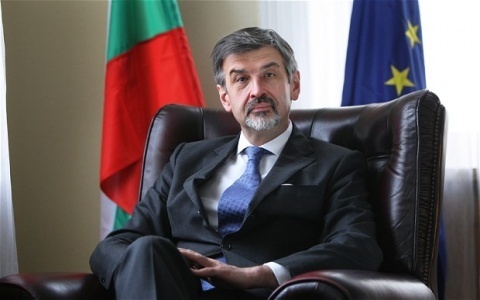 Bulgaria's Ambassador to the United Kingdom has said just thousands of Bulgarians will head to the UK when all work restrictions are lifted at the beginning of next year.

"[We would expect] maybe 8000 immigrants (from Bulgaria) a year judging on tendency for this year. While in the Europe Union you cannot stop the free movement of people and their legal access to the UK labour market,“ Dimitrov told Channel 5.

Dimitrov also said that as his country was a member of the European Union, it was wrong for Bulgarians to be described as "immigrants."

"This is a different issue to anything that relates to real immigrants who are not from a country in the European Union. Bulgarians are not immigrants – this is very important and should be made very clear.”

"If you are member of EU there is a competition of all job offers at stake it’s a matter of skills, motivation of people and everyone should compete for jobs offers on an equal basis if every applicant is a citizen of a member of the EU.”

He went on to point out that his nation did not encourage immigration as there is a real fear they will lose their better-skilled people who are attracted to a life in Western Europe.

"[We] don’t encourage immigration and are hurt by the brain drain of qualified doctors and nurses and financiers and entrepreneurs who move out of the country but that is a different thing. I agree the brain drain is not good for Bulgaria, but people cannot stop EU citizens from seeking job opportunities elsewhere."