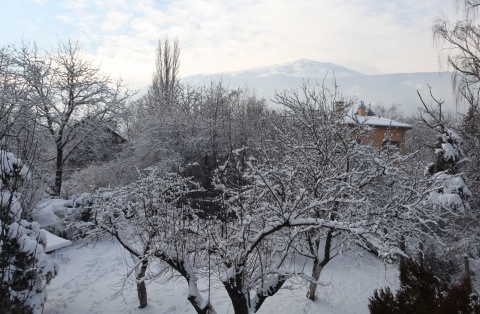 Most of the territory of Bulgaria has been placed under codes orange and code yellow for (potentially) dangerous weather due to continuing wind and snow.

Code orange is declared over regions from the north-west and central north, from Vidin on to Veliko Tarnovo, as well as over Smolyan region in the south.

Snowfall there is expected to accumulate to 15-20 cm on Wednesday, with the north-easter wind strong at times, warned Bulgaria's National Institute of Meteorology and Hydrology.

Except for Blagoevgrad, Pazardzhik, Plovdiv and Stara Zagora regions, which have received no warning, the rest of Bulgaria's territory has been placed over code yellow.

Tuesday saw the first snowfall in Bulgaria's lowlands for the 2013-14 winter season.