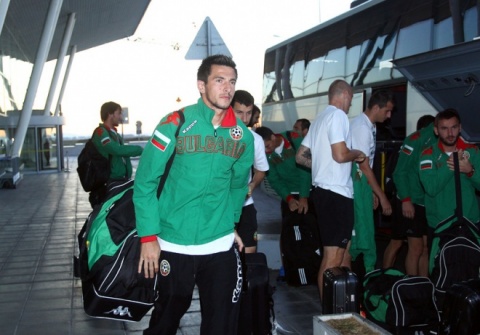 Stanislav Manolev will most likely play for a new club from January. Photo by BGNES

Manolev’s contract with PSV, where he’s been since 2009, expires next summer, but the Bulgarian admits he has agreed with the club’s officials to leave in January, if his agent can find him a new team, the player told the Bulgarian National Television.

Last season, the 27-year old played for 6 months on loan in Fulham, together with fellow countryman Dimitar Berbatov, but was unable to leave a significant mark in the Premier League.

Manolev’s performances for the national team during the World Cup qualifications were quite satisfactory, however. He managed to score a memorable goal against Italy, in the 2:2 draw in Sofia.

This prompted several Italian clubs to express their interest in him.

Regarding this Thursday’s Europa League match between Bulgarian champions Ludogorets and PSV Eindhoven, Manolev believes the Razgrad team has reasonable chances to win the match, keeping in mind the recent bad form of their Dutch opponents.