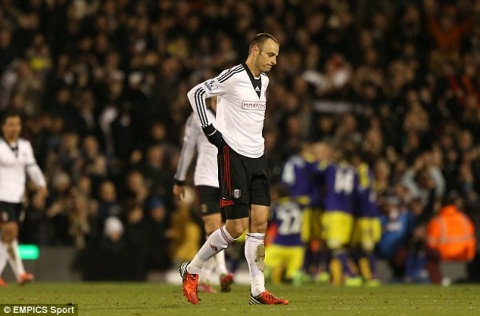 Dimitar Berbatov has been struggling to find his best form this season. Photo by Empics Sports

An evidence for this is the weekend’s match against Swansea, where Scott Parker wore the captain’s armband instead of the Bulgarian.

“Berbatov is not very outspoken, he is very quiet. Scotty Parker is more involved in the dressing room. So I thought it would be good to change captains”, said the Dutch manager, cited by the Daily Mail.

After 4 consecutive defeats in the Premier League, Fulham dropped to 18th position, which is in the relegation zone. Martin Jol is under pressure and could lose his job if the team fails to earn some points in the following matches.

Dimitar Berbatov, who had a strong first season at Craven Cottage, has only scored 1 league goal so far this season. Rumours suggest he may be transferred as early as January.