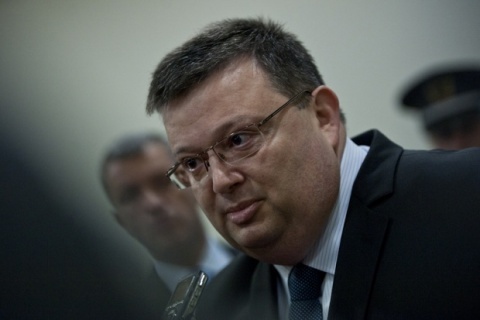 The Prosecutor's Office announced Monday that Tsatsarov has met with Interior Minister, Tsvetlin Yovchev, and the Head of the State Agency for National Security (DANS), Vladimir Pisanchev, where they established joint measures for countering all forms of violations of public order and the establishment of any type of formations for self-protection, self-defense and citizens patrolling of the streets.

The prosecution further informs that Yovchev has ordered all police to apply their authority without any compromise and not allow behavior that leads to self-imposed order in the capital and the wearing of marking signs.

"Compliance with the Constitution and Political Parties Act of certain political formations will also be analyzed," the prosecution further informs.

The meeting was prompted by the recent announcement of far-right nationalist Bulgarian National Union leader Boyan Rasate about the creation of militias, allegedly to secure the peace of Sofia residents.

Rasate has denied any racist motivations behind the move. He also claimed the patrols were coordinated with the Sofia Directorate of the Interior Ministry.

In the past weeks, there have been an increased number of cases of violence against immigrants and Bulgarians from the minorities.

Flaring tensions and an apparent stirring up of the far-right - including the founding of a new, Neo-Nazi-like party - led to an antifascist rally in Bulgarian capital Sofia.

Meanwhile, a Roma organization in Bulgaria announced it has created a platform for self-defense groups in response to reports of far-right vigilante patrols roaming the streets of Bulgarian capital Sofia.

On Monday, Pisanchev had presented information and evidence regarding certain individuals instigating hatred and violence on racial, religious and ethnic grounds.

The Prosecutor's Office stresses that both organizing the so-called "civil patrols" and Roma self-defense groups has never been coordinated with the prosecution and the police.