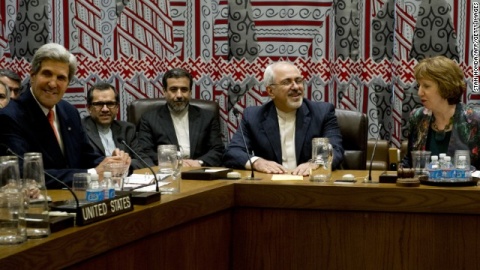 Iran and the P5+1 group of nations have reached a long expected deal during a fresh round of talks in Geneva.

The agreement between Iran, the United States, United Kingdom, France, Russia, China, and Germany was concluded as late as 3 AM local time, and envisions several key steps.

Although the exact details of the deal have not been made public, negotiators have indicated that Iran will stop enriching uranium beyond 5%, the level it can be used for weapons research, as well as cooperate with the international community to give greater access to nuclear inspectors in monitoring its sites, says the BBC.

In return, the nuclear sanctions on Iran will be lifted for 6 months, and Iran will receive USD 7 B worth of sanctions relief.

US President Barack Obama welcomed the deal, saying it included “substantial limitations which will help prevent Iran from building a nuclear weapon”.

Secretary of State John Kerry said the agreement would make the region safer for its allies, including Israel.

Iran’s Foreign Minister Mohammad Javad Zarif referred to the fact that the deal does not undermine his country’s nuclear program, exclusively for peaceful purposes.