Bulgaria Confirms Plans to Build NPP Unit with US Technology 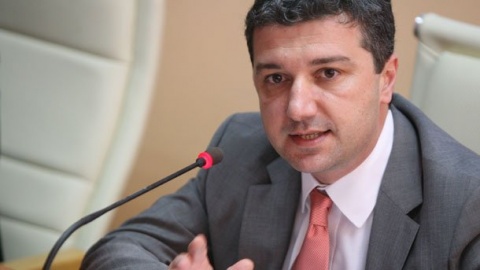 Bulgaria is planning to build a new unit at the country's only NPP in the Danube town of Kozloduy using US technology, Economy and Energy Minister Dragomir Stoynev confirmed.

Stoynev, who is on a working visit to Washington DC, told the public radio, BNR, on Saturday that negotiations with American energy giant Westinghouse, to install a new nuclear unit at the Kozloduy nuclear power plant NPP, were forthcoming and the construction could begin in 2016.

The Minister informed he was preparing a report on the subject to be submitted to Prime Minister, Plamen Oresharski for approval. The next step would be to give negotiations' mandate to the Bulgarian Energy Holding, BEH, and to prepare a financial model to be ready in 6 months.

The Minister further said that Exim Bank has expressed readiness to finance the project for Unit 7 of Kozloduy NPP. He explained this would be the last generation reactor, with 2016 being the earliest possibility for the groundbreaking, while construction and installation works would last at least 4 years.

He has visited the Westinghouse headquarters where he has had the opportunity to learn firsthand the specifications of the last generation reactor АР 1000, which is to be mounted in Kozloduy. The reactor will use fuel supplied from Westinghouse.

Stoynev further reported that US businessmen have expressed concrete investment intentions in the sectors of healthcare, farming, energy and IT.