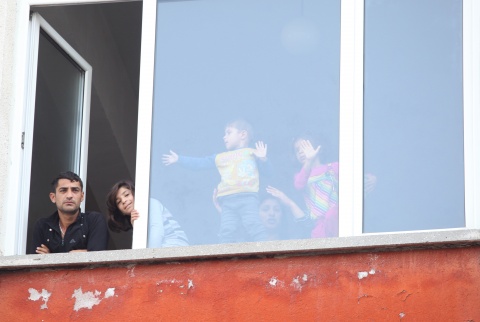 A Syrian man and children are pictured here at the Military Ramp refugee center in Bulgaria's capital Sofia. Photo by Sofia Photo Agency

A Syrian man, aged 35, has passed away on Thursday morning, less than a week after he was accommodated at a refugee center in Sofia, local media reported.