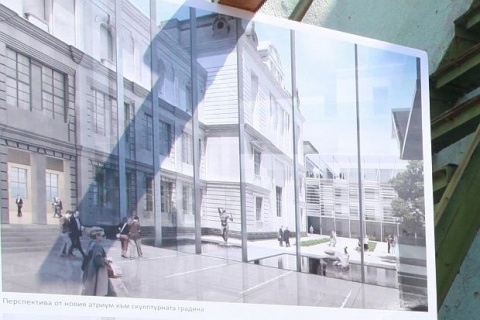 A new executive director has been appointed at the head of Sofia-based National Museum Complex, known as the "Bulgarian Louvre”, which was surprisingly brought to a halt last month.

Bubnova, who was born in Moscow in 1961 and migrated to Bulgaria in 1983, has confirmed the news.

In the middle of October it emerged that construction works of the project for Sofia-based National Museum Complex, known as the "Bulgarian Louvre”, have been suspended over technical issues.

The culture ministry made it clear that it is realistic to expect the project to be completed in the autumn of 2014, more than a year later than the initial deadline.

The statement came after media reported that Bulgaria’s culture ministry is delaying payments to the project’s subcontractor Glavbolgarstroy.

The "Bulgarian Louvre" project  was launched by the previous center-right government of Boyko Borisov. Its cost is estimated at BGN 27 M, including EU funding under the Regional Development Operational Program and state funding.

The new museum complex is meant to function as a national cultural center set up to collect, preserve, and exhibit Bulgarian artworks.

The "Bulgarian Louvre" is also expected to turn into a prestigious platform for international exhibitions.