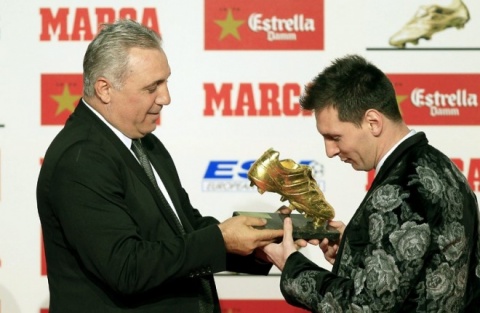 The Golden Boot is given to the top goal scorer in a European league for a whole season.

This is the 3rd time Messi wins the award. Stoichkov, who was also a legend of Barcelona, has won the award once in his career.

The Argentine scored 46 goals during the 2012/2013 campaign in La Liga, which earned him 92 points for the award. Cristiano Ronaldo of Real Madrid came 2nd with 68 points, while Edinson Cavani was 3rd with 58.

Hristo Stoichkov wished Messi a quick recovery from the injury he is suffering and to return with the same vigour and passion.