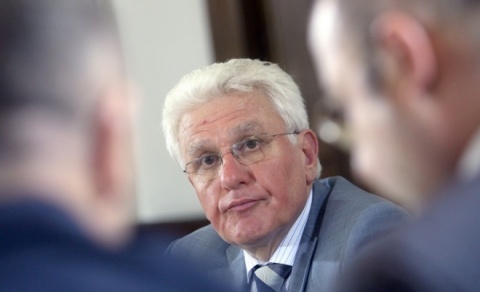 Bulgaria's Parliamentary Committee for Confiscation of Illegally Acquired Assets is starting Tuesday its own probe in the properties of former lawmaker Hristo Biserov.

The group will be checking the legitimacy of Biserov's income ten years back and will include legal and business experts.

The Committee's Chairman, Plamen Georgiev, explained such team is assembled in cases where there are suspicions of money laundering.

This is also to very first time when the Committee will work together with prosecutors. At their Tuesday meeting the members are to prepare a plan for the probe.

Last Friday, Biserov former MP from the liberal, predominantly ethnic Turkish party Movement for Rights and Freedoms (DPS), and his stepson, Ivaylo Glavinkov, were questioned over money-laundering and tax evasion. Biserov was charged on the two counts.

The lawsuit for financial fraud seeks to trace three transfers worth a total of USD 400 000 and EUR 50 000 from bank accounts of Biserov in Switzerland to other accounts of his stepson Ivaylo Glavinkov in a Macedonian bank, and from there to offshore companies.

He was Chief Secretary and a senior figure at the right-wing Union of Democratic Forces in 1994-2000.

In 2005, he entered Parliament as MP from DPS. Biserov was Deputy Chairman of DPS, but recently resigned from all his posts, including Deputy Speaker of the Parliament. He was also expelled from DPS.