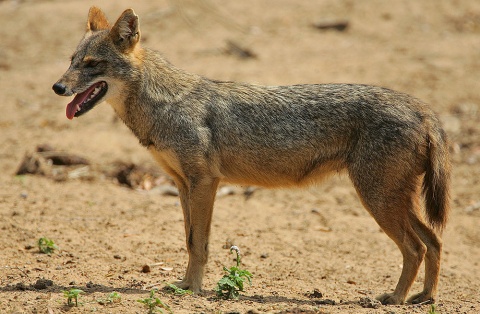 The golden jackal (Canis aureus) is distributed throughout the territory of Bulgaria. Photo by Nauka.bg

Over 30 wolves and 200 jackals have been killed since the start of hunting season in Bulgaria's south-eastern Burgas region.

Burgas region, one of Bulgaria's biggest, includes both tourist frequented places along the Black Sea coast, and remote, vast, sparsely populated areas in the Strandzha mountains and the lowlands to the west.

All of the reported predators killed have been shot in accordance with hunting regulations, to control populations or prevent damage to livestock, local hunting union secretary Neven Karavasilev told the Focus Information Agency.

Wolves are a problem in the central areas of Strandzha nearby the villages of Zvezdets, Indzhe Voyvoda and Varshilo, said Karavasilev.

Jackals on the other hand are to be seen both in the moutnains and on the outlying fields.

Throughout the year, there have been many reports of livestock, including horses and cattle, being injured or killed by the predators.