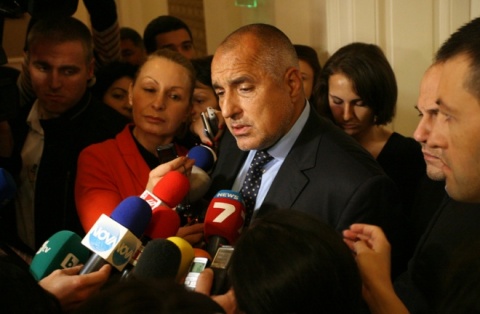 Bulgaria’s largest opposition party, the center-right GERB of former PM Boyko Borisov, is to organize an anti-government protest on Saturday, Borisov has announced.

Borisov told reporters that the rally is to take place in Bulgaria’s second largest city of Plovdiv.

“There are important messages that have to be sent. Thousands of people are calling upon us to take the lead of these protests, to get involved in them. We have not done it so far,” he said.

The rally is to take place at 12 noon, and will be followed by a national meeting of GERB’s mayors in Plovdiv.

The protests were triggered by the appointment of controversial media mogul Delyan Peevski as Chair of the State Agency for National security (DANS) in June – and were fueled by a number of other controversial appointments and wider concerns about corruption.

The rallies were given a fresh boost as students staged full and partial blockades at a number of universities in October.

Tensions escalated on Tuesday, as police cracked down on a massive anti-graft rally in Sofia.