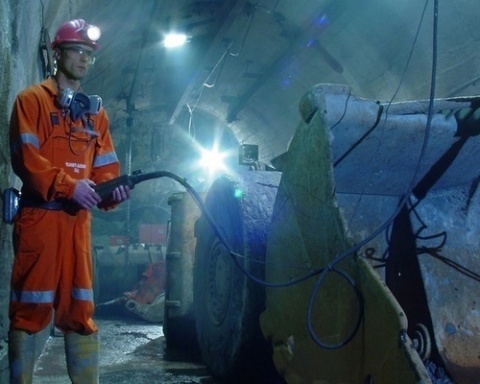 The company however is still proceeding with the initial stage of the Pyrite Project, to generate a pyrite concentrate for sale. Photo by BGNES

Dundee Precious Metals Chelopech said it will defer any further work on the second stage of the Pyrite Treatment project in Bulgaria after results showed that it will not be commercially viable under current market conditions.

The company however is still proceeding with the initial stage of the Pyrite Project, to generate a pyrite concentrate for sale.

This becomes clear from the financial report for the third quarter of the year of the company's owner - Toronto-based mining Dundee Precious Metals.

The second stage of the Pyrite Project contemplated in the Technical Report, which was issued in September 2012, is the construction of a pressure oxidation process facility ("Pyrite Treatment").

“It is, therefore, the Company's intention to defer any further work on the Pyrite Treatment project until market conditions warrant a re-evaluation of the economics of this project.”

As a result, the disclosure relating to the Pyrite Treatment component of the Pyrite Project contained in previous disclosure and the "Preliminary Economic Assessment Report for the Chelopech Pyrite Recovery Project" filed on SEDAR on September 10, 2012, in accordance with National Instrument 43-101 Standards of Disclosure for Mineral Projects, is no longer to be relied upon.

The first stage however goes according to plan and is scheduled for completion in January 2014.

At the end of last year the Toronto-based mining company entered into an agreement with China's Xiangguang Copper Co with regard to the first stage of its gold in pyrite recovery project.

Fundee Precious Metals is to sell to the Chinese copper smelting company up to 200,000 tons of pyrite concentrate per year to, to be produced in Bulgaria.

The agreement provides for the purchase by XGC of up to 200,000 tons per year of pyrite concentrate from Chelopech Mining EAD, a wholly-owned subsidiary of DPM and owner of the Chelopech mine, from 2014 to 2016.

The total annual concentrate supply is expected to contain between 28,000 and 30,000 ounces of payable gold at a cash cost of approximately USD 1,200 per ounce.
Another project of the company in Bulgaia - Krumovgrad Gold Project - is also experiencing delays

“Krumovgrad permitting is progressing slower than anticipated but community support is building,” DPM pointed out.