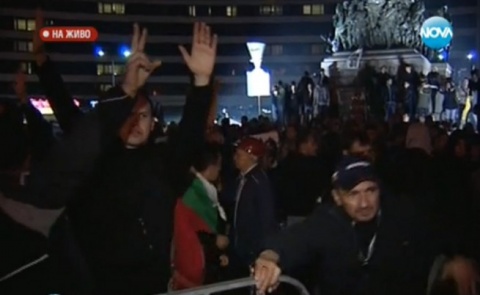 Protesters have pushed down part of the railings in front of the Parliament building in Sofia.

Tuesday is the 152nd day of anti-government protests in Bulgaria.

The demonstrators are trying to get as close to the building as possible, while riot police is pushing them back.

It was also reported that someone set a fire in the vicinity of the Parliament's building.

Traffic in the area remains blocked.