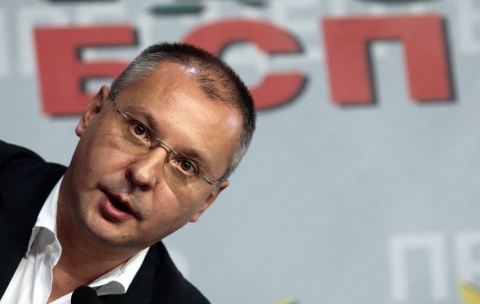 Police officers have escorted PES and Bulgarian Socialist Party leader Sergey Stanishev out of a TV studio where he was beseiged by anti-cabinet protesters Sunday evening.

The protester, who were part of larger rally Sunday in Sofia, blocked the exits of the Nova TV studio near the Moskva hotel south-east of the city center.

Meanwhile, a protest concert is taking place in front of the St Alexander Nevsky cathedral nearby the Bulgarian Parliament.

There is strong police presence in the center, for fear of escalating tensions.

The Oresharski cabinet has been elected with the MP votes of the Bulgarian Socialist Party and a junior coalition partner, and many protesters see the lingering corruption in Bulgarian politics as an unfortunate heritage from the party's communist past.