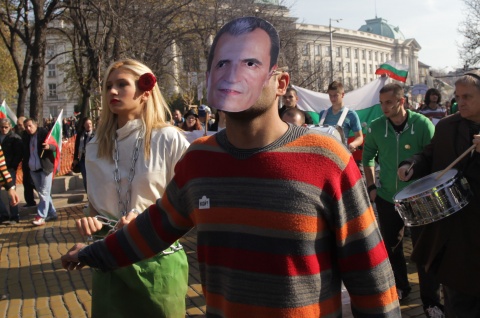 University students have called for the occupation of the Bulgarian Parliament at a protest music concert in front of the nearby St. Alexander Nevsky cathedral in central Sofia.

Sunday evening, there is a strong police presence in central Sofia, as reports of an imminent escalation of violence have surfaced.

Meanwhile, Sofia team CSKA is losing 0:2 a home game against Ludogorets in Bulgaria's football A-league, with some fearing hooligan intervention into the protest, which has this far been peaceful.