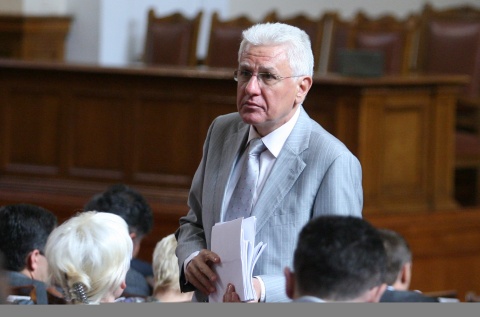 Hristo Biserov's scandal is a case, which reveals the system for control and prevention of high-level corruption is fake, it does not work and is supported by people who are fully aware of this, says an open letter by the Bulgarian Institute for Legal Initiatives.

"Support for Bulgaria's institutions has slumped to a record-low as an unprecedented wave of anti-governmental protests are calling for a "clean hands" operation. It is a matter of national security for the authorities to define and implement measures to correct the problems in the system," the letter reads.

It points out that Hristo Biserov, who occupied high-level posts, was not targeted by the bodies, who are obliged to prevent and fight conflict of interests and high-level corruption.

The statement came on the heels of information that the tipoff about the crimes has been sent to Bulgaria's State Agency for National Security (DANS) by a foreign special service.

Transfers from Biserov's Swiss account to assets of his stepson Ivaylo Glavinkov in Macedonia have attracted the attention of agents, and after a second tranche of USD 50 000, they have notified their Bulgarian counterparts.

Upon receiving the money, the two made deposits, withdrew cash and made bank transfers to related companies registered in the offshore zones of the Seychelles Islands.

The former Member of the Parliament is being also investigated for a false tax declaration.

Also on Thursday, the Bulgarian Parliament voted Biserov's resignation and he was released from his lawmaker post.

Hristo Biserov, former Deputy Speaker of the Bulgarian Parliament and former Deputy Chairman of DPS has been a long-time key figure in the party's leadership, and has acted as MP from the party since 2005 until November 3, when he surprisingly resigned from all posts, citing personal reasons.

Biserov has asked to have his membership in DPS frozen, the movement's leader Lyutvi Mestan announced on Monday.