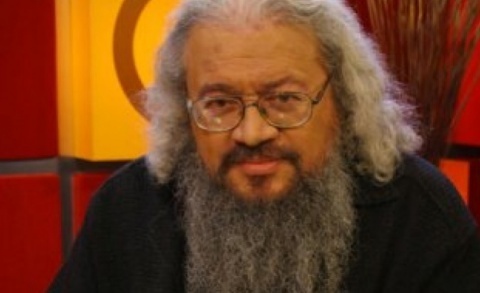 The author of the painted memorial in front of the Socialist Party headquarters in Sofia, Lyubomir Dalchev, himself renounced it because it was made under pressure, insists Bulgarian intellectual Nikolay Kolev.

Kolev AKA Bosiya (Barefooted), a Bulgarian poet, writer and dissident from the time of the Communist regime, commented for bTV in connection with a group of right-wing activists spray-painting the memorial in sign of protest against the Socialist-led government.

The six activists were arrested Thursday morning and the last two of them were released in the evening.

According to Kolev, prominent Bulgarian sculptor Lyubomir Dalchev, brother of renowned poet Atanas Dalchev, was forced by Communist censorship to design the monument. Due to strong disagreements with the regime at home, at the age of 77, the artist fled abroad and ended in the US where he worked another 20 years.

The former dissident further informed that he personally knew the brother of the sculptor - Atanas Dalchev, who, on his part, had refused to write poems during socialism and after 1944 made a living only as translator.

According to Kolev, the painting of the monument was not desecration or art, but a political message.

"The memorial must be removed and sent to the museum, because it displays violence of Bulgarians against other Bulgarians and violence is not needed, even in art," said he.

The memorial depicts Bulgarian communist and pro-Soviet guerilla partisans, who in the period 1941 -1944 led clandestine and armed battles against the official government. It was also reported that the date for the painting action, the morning of November 7, was chosen on purpose as it is the day marking the Great October Socialist Revolution commonly referred to as Red October, which was the Bolshevik seizure of state power in Russia.

Meanwhile, also on Friday, one of the key figures in the right-wing Democrats for Strong Bulgaria party, DSB, Petar Moskov, announced there were documents that Lyubomir Dalchev has renounced his own sculpture. He supported those who painted it one day ago, saying the action was political and was aimed against the heirs of the anti-fascist movement now ruling together with a fascist party.

The Member of the Parliament from the Bulgarian Socialist Party, BSP, Anton Kutev, who was in the same TV studio of Nova TV, countered in outrage that his party was not ruling with fascists because the extreme nationalist Ataka was not part of the government.

Kutev, however, said that he personally would not have gone to extremes such as arrests, but art should not be desecrated.

"What would happen in the US if somebody decides to spray-paint Dalchev's sculpture in San Francisco? I think this is ignorance, while Dalchev is, indeed, a true dissident, who fled to the US and continued his work there. The memorial in front of our headquarters is art, regardless of some people not liking it," Kutev reiterated.