Bulgaria's Refugee Agency to Decide on Asylum Applications in 3 Days 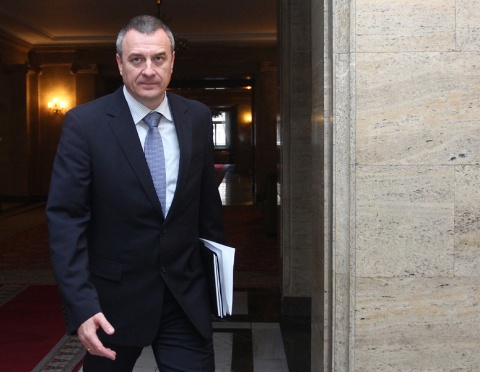 Bulgaria's Interior Minister Tsvetlin Yovchev has said that the Refugee Agency will have to decide on the statute of asylum applicants in 3 days, not 6 months.

In a Thursday interview for the morning broadcast of Nova TV, he noted that the shortened deadline for the statement of the Refugee Agency had been one of the measures aimed at coping with growing refugee numbers.

"We have a very serious problem. We have a permanent crisis, but not only because of the refugees, but also because of the ongoing migratory wave. This is not part of the responsibilities of the Interior. Guarding the state border is our duty. Efforts are now going to secure enough employees for that," he stated, as cited by Darik radio.

Asked whether the refugee wave had caught Bulgaria by surprise, he admitted that the authorities had not been sufficiently prepared.

"Until we manage to build a protection system, we shall be facing such problems. We need a different approach. The plan which we adopted yesterday stipulates a different approach – it brings clarity on the resources needed and how the money will be provided," he added.

He argued that the capacity of refugee centers had to be substantially increased.

"They will not be able to escape abroad, because, under the Dublin Regulation, if they are detected in Denmark, they will be returned to Bulgaria, because what is taken into account is the first country which gave them refugee status," he commented.

He explained that as of Monday, over 1000 would be dispatched to the border with Turkey on a rotating principle for periods of two weeks, in order to step up control.

"We need comprehensive measures. We need to stem the flow of people entering the country. There are cases when children are flung across the border. We cannot prevent this. According to Frontex estimates, however, we are coping well with the situation," he boasted.

Regarding allegations that liberal party Movement for Rights and Freedoms (DPS) and center-right party GERB (Citizens for European Development of Bulgaria) were preparing a new government with him as Prime Minister, he said that it was an unpleasant scheming which had nothing to do with reality.

The Interior Minister said that he did not know who had stirred up the conspiracy but suggested that it had been malevolent.

Regarding the ongoing anti-government protests, which escalated into a number of blockades at university buildings in Sofia and across the country, he said that the protesters were failing to specify what was to be done, provided that the Cabinet resigned.