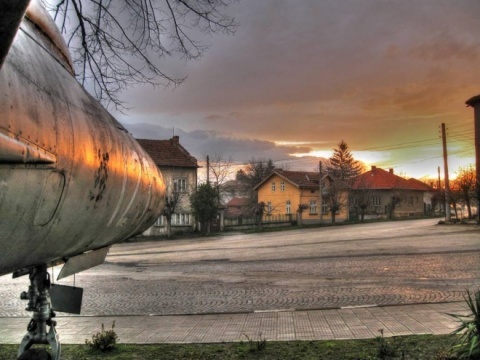 Residents of Bulgarian village Telish intend to block the road and railway from Sofia to Ruse as a sign of protest against a possible opening of a refugee shelter.

People living in the north-western Bulgarian village of Telish vow to block the Sofia – Ruse road and railway on Sunday in order to demonstrate their strong opposition against a plan for the opening of a shelter for refugees in the village, informs bTV.

More than 1000 people have signed a petition against an eventual accommodation of refugees in Telish, reports bTV.

Even though Interior Minister Tsvetlin Yovchev has met with residents of Telish on Tuesday and reassured them that the proposed refugee shelter won't pose a threat to them, local people continue to oppose the government's plan to open a shelter of a closed type in an ex-military base in the village.

Local residents have built a barricade that blocks a small local road from the village to the former military base in order to prevent any further work on transforming part of the base's building into a camp for housing of refugees.