Is Bulgaria Doomed to Communism? 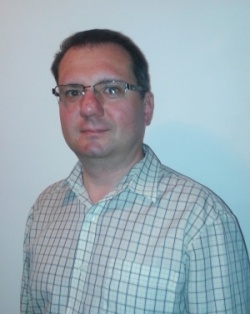 "In less than two months anybody from Bulgaria or Romania who wishes to come to the UK may do so.

Many people here are talking about this but unlike most of them I have visited shanty towns in both countries and know what they are like."

No matter how hard it is for us, we have to admit that really there are shanty towns in Bulgaria.

Farage visited Fakulteta outside Sofia, a gypsy ghetto. He says he received there an incredibly warm welcome, but also grinding poverty and base discrimination that people on the edges of Balkan society face.

"It is a sad but true fact that countries such as Bulgaria and Romania have not yet recovered from decades of communist rule."

It is namely here that we find a revelation, which strikes us as particularly true, even if we don't want to admit it. Both Bulgaria and Romania are still haunted by the ghosts of past.

Reneta Indzhova, who served as Bulgarian Prime Minister in the country's first caretaker government between October 1994 and January 1995, once said that Bulgaria is doomed to communism.

If these words turn out to be the words of a prophet, should we be that mad at Nigel Farage?

It seems that Europe's immigration hysteria is triggered not only by the high level of poverty in Bulgaria or the average profile of Bulgarian migrants as thieves.

Europe's immigration hysteria is triggered by the fact that Bulgarians did not manage to break the chains of the past, we are still intricately connected with it, it is haunting us like a shadow.