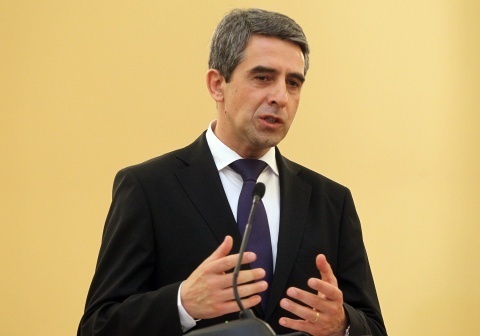 The occupations staged by students at a number of Bulgarian universities show the need for deep change in Bulgaria, stated Bulgarian President Rosen Plevneliev.

Tuesday Plevneliev arrived on a visit to Slovakia, where he met with members of the Bulgarian community.

"What is happening today at Bulgarian universities is a clear sign that a change is needed," said the Bulgarian head of state.

Requesting the resignation of Bulgarian PM Plamen Oresharski and the dissolution of parliament, students called for "morality" in Bulgarian politics.

"We should not be worried that the students have something to say, but we should be greatly worried if politicians close themselves behind their thick walls and remain deaf to civil society," commented the Bulgarian President.

According to him, the first wave pointed out citizens' worry about Bulgaria's energy system, while the second, their outrage at a perceived vicious interweaving of politics, business and media, problems he said are pressing to be dealt with.