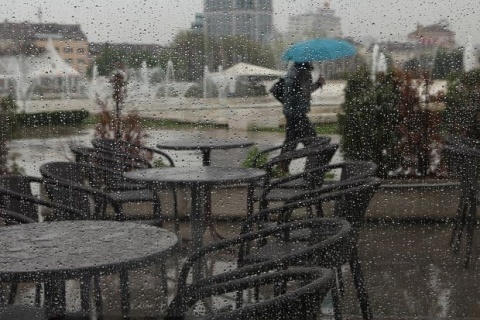 Code orange and code yellow for weather hazards are placed on some 2/3 of Bulgaria's territory for Wednesday, due to a rain front coming in.

Code orange for dangerous weather has been placed over the southern Smolyan and Kardzhali regions due to expected heavy rains (up to 50 l/m3), announced the National Institute of Hydrology and Meteorology.

Lower-degree code yellow for potentially dangerous weather has been placed on most regions in northern and eastern Bulgaria due to expected high winds.

The weather is expected to clear up again starting Thursday.

Monday and Tuesday saw the breaking of a number of temperature records in Bulgaria.