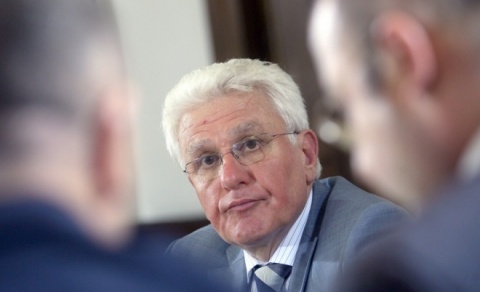 The life of Hristo Biserov, a key lawmaker from Bulgaria's liberal and predominantly ethnic Turkish party, DPS, who surprisingly quit politics Sunday, might be in danger.

The statement was made by Osman Oktay, former senior member of the Movement for Rights and Freedoms, DPS, and a renegade from it for years now, speaking for Nova TV Tuesday morning.

Oktay said Biserov could be under death threat because he knew too much about the relationship between corporate interests and the party leadership.

On Sunday, the unexpected news that Biserov, a long-time politician, Deputy Chairman of DPS, Deputy Speaker of Parliament, and Chairman of the Parliamentary Legal Affairs Committee, is resigning from his position in the party and is leaving the Parliament, citing personal reasons, quickly made headlines in Bulgaria. The personal reasons remain secret, prompting a number of speculations among politicians and in the media.

According to Oktay, the Honorary Chairman of DPS, Ahmed Dogan, has "invited" Biserov to leave after realizing the latter has tried to take control of the movement.

The renegade further said DPS has long become a corporate party and a focus of business interests. In his words, Dogan manages and controls schemes and business interests in the party, but after his retirement in January, his deputies had tried to replace him. He explained Biserov might have wrongly decided that he could undertake the leading role in the party.

Oktay further stressed Biserov has been acting as "gray cardinal" all the way since the time when he belonged to the right-wing Union of Democratic Forces, UDF. He added the former DPS official was the leader of the so-called "Bulgarian mercenary wing" in the Movement for Rights and Freedoms and all former UDF members, who later joined DPS, were imposed through the same "channel."

"This is Dogan's message to all ministers, all prime ministers, all who walk the couloirs of power to not forget who pulls the strings," said the renegade.