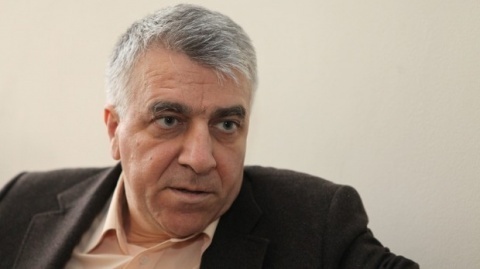 BSP Member of the Parliament, Rumen Gechev. Photo by BGNES

The national council of the Bulgarian Socialist Party, part of the country’s coalition government, has given green light to the draft state budget for 2014.

Rumen Gechev, BSP lawmaker and deputy head of the Parliament’s economy committee, has told reporters that he has no worries as far as the expenditure side of the.

Gechev has described the revenue side of the budget as “riskier and more difficult.”

He believes the budget would be “more market oriented” than previous ones.

The Bulgarian cabinet gave green light to the draft budget at its regular sitting last week.

The cabinet plans to allocate BGN 500 M in next year’s budget to a public investment program aimed at modernizing roads, ports, water supply systems and other infrastructure projects.

The government plans to increase pensions by 3 percent starting July 1, 2014, and estimates revenue for that year at about BGN 31 B and spending at BGN 32.4 B.

The minimum salary in the country will be increased to BGN 340 as of January 1, 2014 if the draft budget passes.