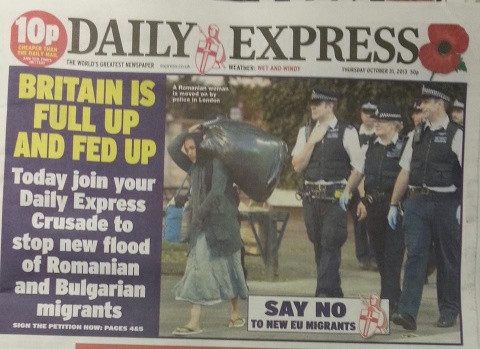 The MEP has urged the paper to stop its so-called “crusade” against Bulgarian and Romanian migrants in the country.

Ivan has expressed outrage at the campaign, the Daily Express says, claiming that his compatriots “are preparing to flood the UK in search of wages and benefits far in excess of those available in their homeland.”

More than 21,000 people have already signed the paper’s controversial petition asking the British government to maintain strict controls on EU migrants after January 1, 2014.

The MEP has reminded that the paper’s campaign is calling for a violation of EU law.

Controversial claims have been made by a number of British tabloids and politicians that the UK should brace for a massive"influx" of Bulgarian and Romanian migrants after the end of 2013. It has been claimed that lifting the restriction would "put pressure" on housing, infrastructure, schools, and heath care.