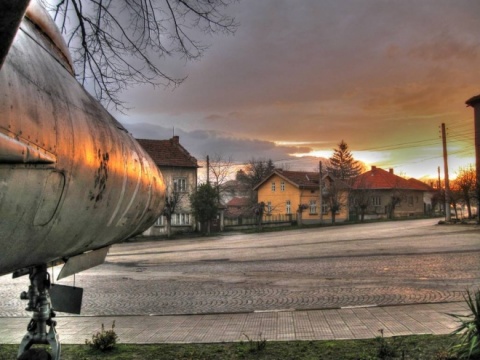 People protesting against a possible opening of a refugee shelter in the north-western Bulgarian village of Telish are blocking the international road Sofia-Pleven-Ruse.

Residents of Bulgarian village of Telish, Pleven district, blocked the international road Sofia-Pleven-Ruse as a sign of protest against the eventual opening of a shelter for refugees in the former military base in the village on Monday morning, reports bTV.

The protest caused a huge traffic jam and ceased movement of trucks using the road to get ahead to Danube Bridge and Romania’s capital Bucharest. Protesting people from Telish are demanding a meeting with the governor and the mayor of Pleven to seek information about an eventual opening of a refugee shelter in their village.

So far there is no official information on the possibility of a refugee shelter opening in Telish. The governor and the mayor of Pleven are to blame for the lack of clear and accurate information on the matter , claim the protesters, informs bTV.

The planned new refugee shelter with a capacity of 2000 beds in Telish will be of closed type - refugees are not be allowed to walk outside and the first refugees will be accommodated in it within a week, according to bTV.

Permanent residents of the village are about 950 people, according to the mayor of Telish, Neli Dakova.

“Up to this moment, there is no official information about an opening of a refugee shelter”, says Dakova for bTV.

“People see that there is something going on – special technical equipment and vehicles of State Agency For Civil Protection move around the village, toilets are being installed and all that happens in without any information given to local residents”, added the mayor.