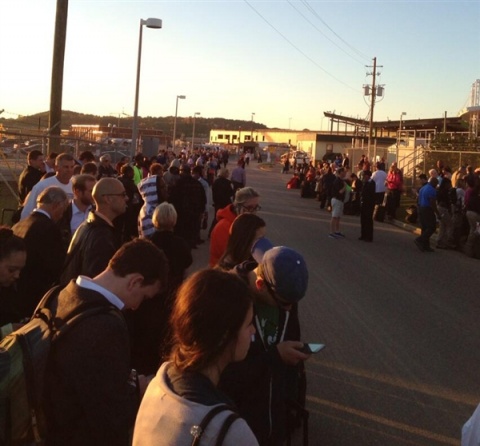 A view outside the Birmingham Airport in Alabama on Sunday, Nov. 3. Photo by Twitter

The main terminal at Birmingham-Shuttlesworth International Airport in Alabama was briefly evacuated Sunday after a note was found warning of a bomb, officials said.

The evacuation was prompted by a note found in the men's bathroom at about 4 p.m. local time (5 p.m. ET), said Toni Bast, an airport spokeswoman.

The evacuation forced about 12 flights to be either diverted or delayed, Bast said.

The evacuation comes just days after a gunman opened fire in the Los Angeles International Airport, killing a TSA officer and wounding three other people.