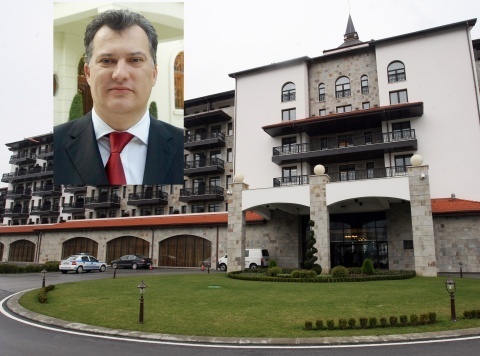 47-year-old Mihail Mihov, aka "Misho The Beer", was found dead in a hotel room in RIU Pravets Resort Hotel on March 30, 2011. Collage by BGNES

In an interview for the Bulgarian Pressa (Press) daily, Vasilev explains several interrogations and "other activities" were forthcoming.

"There are many more things to do before the investigation comes to an end and charges are pressed, but magistrates are determined to unravel the affair," the prosecutor is firmly stressing.

The Prosecutor's Office announced back in July it was reopening the notorious case.

In mid-January 2010, businessman Mihail Mihov became notoriously known through his involvement in the "Tapegate" saga.

At a press conference, the Galeria weekly released a tape of a conversation between then Prime Minister, Boyko Borisov and the head of Bulgaria's Customs Agency Vanyo Tanov, from which it emerged Borisov might have provided a cover-up for Mihov.

The tapes reveal that Borisov had called Tanov with an order to immediately pull out all Customs agents from Mihov's factory over an agreement that he made with the businessman, and that the "Ledenika" boss personally complained to the Prime Minister that the Customs inspected his plant in spite of their arrangements. The authenticity of the compromising tape involving Mihov's name was never unconditionally proven.

The prosecutors will probe now if Borisov has obstructed a Customs check in Mihov's "Ledenika" beer factory and evidence of trading influence, according to Deputy Chief Prosecutor, Borislav Sarafov.

He says Borisov, Tanov, and former Finance Minister, Simeon Djankov, who is mentioned in the conversation, will be questioned.

Until now the authorities limited themselves to searching for the person who leaked the recording, which was made with Special Surveillance Devices, SRS.

47-year-old Mihail Mikov was the owner of the three Bulgarian breweries, (hence his nickname "Misho Birata" - i.e. "Misho the Beer").  Mihov was also head of the Bulgarian Basketball Federation since 2008 and the Honorary Consul of Brazil in Varna.

After the recording was made public, he was found dead in a hotel room on March 30, 2011.

Shortly after his body was found, the Bulgarian Basketball Federation confirmed in a statement that its President had died of a heart attack; meanwhile, Bulgarian media were quick to describe Mihov's death as mysterious.

Mihov's body was found in the RIU Pravets Resort Hotel, in the town of Pravets, northeast of Sofia, which, according to unofficial information is owned by tycoon Valentin Zlatev, the CEO of Lukoil Bulgaria.

In June, Volen Siderov, leader of the far-right nationalist party Ataka, said Mihov has been killed by an injection with poison simulating the signs of a heart attack to cover up for Borisov's crimes.

In the aftermath, the Citizens for European Development of Bulgaria party, GERB, vowed to sue Siderov for slander against their leader.