South Stream Gas Pipeline to Fetch Bulgaria EUR 2.8 B by 2043 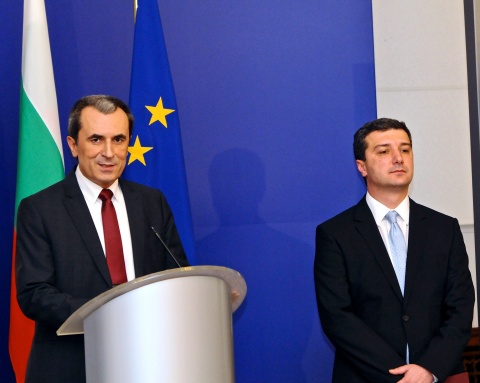 Bulgaria expects revenues of EUR 2.3 B from the South Stream gas pipeline in the period 2013-2043, according to Economy and Energy Minister Dragomir Stoynev.

Speaking after a meeting with Gazprom CEO Alexei Miller and Russian Energy Minister Alexander Novak, he assured that Bulgarian citizens carried no financial risk for the implementation of the South Stream gas pipeline.

"We are not required to provide bank guarantees. This is a good step which will help us lead the country out of the crisis," Stoynev stated, as cited by the 24 Hours daily.

"A large part of the work will be carried out by Bulgarian companies, which will generate employment. There will be work for Bulgarian companies which are in a difficult situation. The annual interest rate is 4.25%. The repayment period for the loan of the Bulgarian Energy Holding (BEH) will be 22 years," he said.

"Approximately as of 2018, we shall start receiving dividends which will amount to around EUR 715 M only for Bulgaria. We agreed that BEH would start receiving dividends from the first year when the capacity of the gas pipeline was filled. What was agreed today as the first parameter was the debt-to-equity ratio of 70:30. The amount of the loan which is to be absorbed by BEH amounts to around EUR 62 M. The only collateral of this loan is the dividends which the company will receive from transporting natural gas on the territory of Bulgaria," Stoynev explained.

He added that the 93km of pipe which could remain unused after the construction of the South Stream conduit would be fully compensated by Gazprom.

"With the South Stream gas pipeline, Bulgaria turns into a major gas hub on the Balkans. I am convinced that this is a good start for the Bulgarian economy and energy. We already have direct access precisely to natural gas in Russia. We will not be dependent on other countries. Bulgaria is turning into a major gas center on the Balkans. From now on, it is up to us to ensure the swift implementation of the project. Over the two years to come, the Bulgarian stretch of the project should be completed," Stoynev pointed out.

He said that the second protocol which had been signed on Thursday said that the project would be implemented in line with Bulgarian laws.

"The Bulgarian Energy Holding and Gazprom confirm that they may give the project company the opportunity to grant access to the capacity of the pipeline to third parties," he announced.

The construction of the Bulgarian section South Stream gas pipeline was officially launched on Thursday by Stoynev after a meeting of over four hours between Gazprom CEO Alexei Miller and Bulgarian Prime Minister Plamen Oresharski.