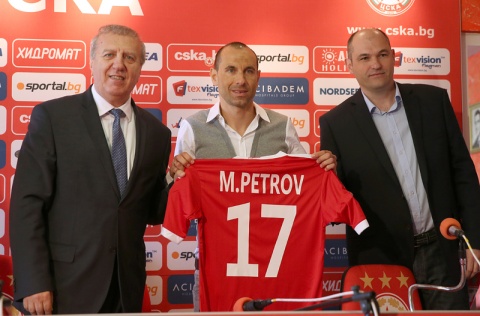 Martin Petrov returns to the club, where he played as a teenager. Photo by BGNES

This will be Petrov's second spell at the "red" club, after he played there for 2 seasons, 1996-1998, before going on to make a successful career in European clubs such as Wolfsburg, Atletico Madrid, Manchester City, and Bolton.

During the press conference after his official presentation, Petrov said he was considering retirement several weeks ago, but his wife and CSKA coach Stoycho Mladenov convinced him to return to his beloved club.

Petrov last played for Spanish Espanyol, who released him this summer.