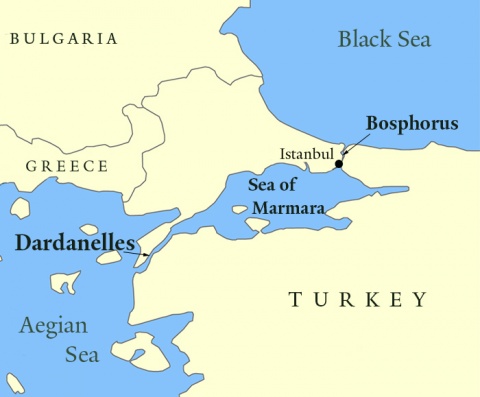 Turkish PM Erdogan is scheduled to unveil a rail link under Bosphorus to connect Asian and European sides of Istanbul on Tuesday.

"Marmaray", a railway tunnel underneath the Bosphorus connecting the Asian with the European shores of Istanbul, is due to open on October 29th.

The 13.6-kilometre (8.5 miles) tunnel includes an immersed tube tunnel which government officials say is the world's deepest at 60 metres (nearly 200 feet) below the seabed.

Work began in 2004 but archaeological excavations delayed the construction.

Japan Bank for International Cooperation (JBIC) invested USD 1 B of the USD 4 B total cost of the 0.8 mile (1.4 km) tunnel, designed to withstand earthquakes, informs BBC.

The purpose of the tunnel is to ease traffic congestion between the Asian and European sides of Istanbul and to decrease the pollution.

Japan's Prime Minister Shinzo Abe will be present at the official inauguration of the project.