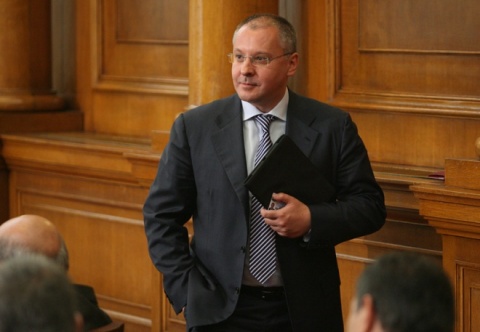 Bulgarian Socialist Party leader Sergey Stanishev has voluntarily given up his immunity as Member of Parliament, according to Bulgarian media.

Bulgarian Parliament chair Mihail Mikov has sent a letter to Chief Prosecutor Sotir Tsatsarov, informing him that Stanishev, who is also president of the Party of European Socialists, has agreed to be prosecuted.

Three of the secret files had been prepared by the State Agency for National Security (DANS), two by the Interior Ministry, one by the Defense Minister and one by NATO.
After an investigation of 20-plus months, the Sofia City Prosecutor's Office issued a ruling with a proposal for imposing a fine as an administrative penalty, reminding that Stanishev had a clear criminal record and that his actions had not caused any material damages.
Under Bulgarian legislation, Stanishev can be fined with up to BGN 5 000.