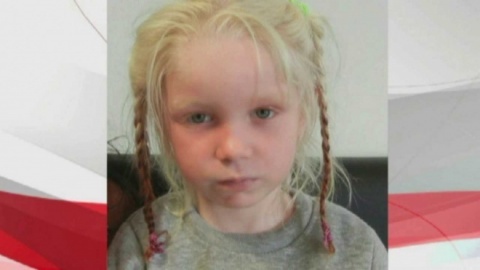 Bulgarian Roma, Sasha Ruseva, is the biological mother of the four-year old blond girl, found in a Roma camp in Greece.

Atanas Rusev is the biological father of the child.

These are the results of the DNA analysis, just announced Friday by the Chief Secretary of the Bulgarian Interior Ministry, Chief Commissar, Svetozar Lazarov, reported the Bulgarian news agency, BGNES.

The DNA samples from Sasha and Atanas Rusevi have been taken Thursday and results are now available.

The child, known as Maria, was found by Greek police during a drug raid on a Roma community near Larissa in central Greece.

Greek authorities then requested assistance from Interpol to find the parents of the girl.

A team of journalists from www.zougla.gr, the Greek News Portal of one of the best-known investigative journalists in Bulgaria's southern neighbor, Makis Triantafyllopoulos, revealed Thursday morning that the parents were Bulgarian Roma Sasha and Atanas Rusevi.

The Greek journalists published the ID cards of the family with the prosecution's permission. This led the authorities to the Roma quarters of the Bulgarian town of Nikolaevo in the central Stara Zagora region.

The couple was questioned Thursday by local police and was later taken with three of their children to the capital Sofia for further questioning and for DNA tests ordered by the Bulgarian Interior Ministry.

According to the most recent reports, the results of the test are not yet available.

The presumed biological mother, Sasha Ruseva says she gave Maria as "gift" to an acquaintance in Greece, who was childless and offered to take care of the girl. At the time, the child was 7-months old and was named Stanka.

She is adamant she has not sold the child, and poverty forced her to simply let other people raise her. Some neighbors, however, claim the couple was paid BGN 500 for the baby.

Sasha, 38, and Atanas have between 7 and 10 children. However, they, themselves, are not sure of the exact number. Five of the children in the family have light skin and bear an obvious resemblance to the girl found in Greece.

The family is very poor and all live in one room. TV footage showed Maria's siblings walking around the filthy home and neighborhood half naked. They seldom have anything to eat, but flour gruel.

bTV also reported that the "blond" gene of the five children was inherited from the mother Sasha who has albinos in her kin.

Greek psychologists established that Maria has been abused. They say she is very aggressive and describe her reactions as those of "a beast."

It was reported meanwhile that the child will be brought to her native country and placed in a crisis center of the family type and later in a foster home.