Ambassador to Brazil Urgently Summoned in Sofia over Boevski Case 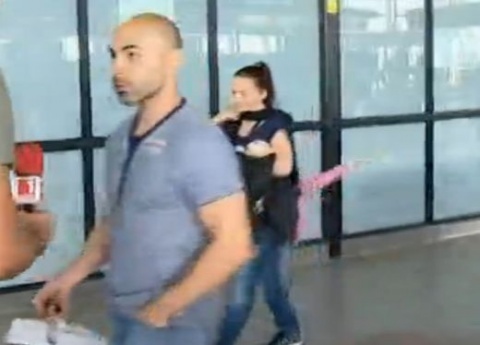 Bulgaria's Ambassador to Brazil Chavdar Nikolov is returning to Bulgaria for explanations in the release of Bulgarian Olympic weightlifting champion Galabin Boevski from Brazilian jail.

The news about the Ambassador being urgently summoned to Sofia was announced by the spokesman of the Ministry of Foreign Affairs Ivaylo Kashkanov, who spoke for bTV.

From the Foreign Ministry are adamant that since March, when Boevski was released, they have not received any information on the case from the Bulgarian diplomatic mission in Brazil.

Kashkanov reiterated the official statement of the Foreign Ministry on the release – that it was "the sovereign decision of the Brazilian authorities" and is "an expression of humane treatment of the prisoner."

"The Foreign Ministry learned of the release just a day ago, which raises serious questions about the work of the Bulgarian Embassy in Brazil," said he.

According to Kashkanov, in addition to Boevski, Brazilian authorities have released 17 more prisoners of different nationalities, but there was still no information on whether they included other Bulgarians. When Boevski was detained, 30 Bulgarians were serving sentences for drug trafficking in Brazilian prisons.

Yvette Dobromirova, spokesman of the caretaker cabinet, (which was ruling the country around the time when Boevski has been released), was firm before bTV that caretaker Prime Minister, who was also Foreign Minister, has not received information about the release of Galabin Boevski.

"Marin Raykov was not informed about this case either formally or informally," said Dobromirova.