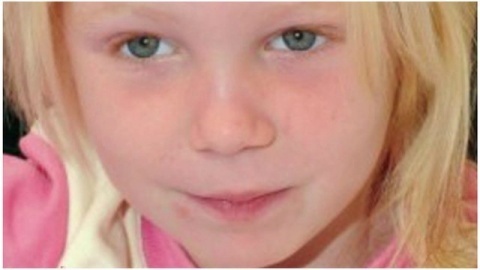 The young Maria was found living with a Roma couple in Larissa, Greece. Photo by BBC

Greek media are claiming Thursday morning that the biological mother of the blond girl, found in a Roma camp in northern Greece on October 16, has been identified.

They say she is Sasha Ruseva from the Black Sea city of Burgas. According to her ID card, which was published in Greek press, the woman was born in the town of Yambol.

The investigative report of team of journalists from www.zougla.gr, the Greek News Portal of Makis Triantafyllopoulos, further reveals that the mother has declared the child's birth in the Greek town of Lamia, and the date of birth was listed as January 31, 2009, Boyka Atanasova, correspondent of Nova TV in Greece reported Thursday morning.

Information on such birth act has been confirmed by the mayor of Lamia.

Documents further show that Sasha Ruseva is married to Bulgarian Atanas Rusev of the village of Nikolaevo in the central Stara Zagora region, but upon giving birth in the hospital she has declared that she was single.

A DNA test is pending.

The mother has been absent from Bulgaria from 2008 to 2010, because there is no record of her having health insurance for this period. At present, the woman should be in Bulgaria

On Wednesday, Interpol urged all countries that participate in the organization to check their databases and help Greek authorities find the child's parents.

After the girl was discovered, Bulgarian and Greek Police held a joint operation in Sandanski in search for father of the little girl.

The child, known as Maria and aged about four, was found by Greek police during a drug raid on a Roma community near Larissa in central Greece.

Greek authorities then requested assistance from Interpol to find the parents of the girl.

As the news spread across the globe, an American couple said they believed the little blonde girl may be their missing daughter.