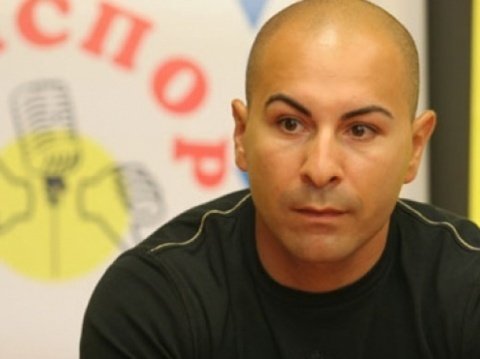 When approached by Dimitrov, the athlete refused any comment.

He was sentenced to 9 years and for months to be served in a Brazilian jail. The sentence was confired by an Appellate Court.

To the request of the BNT journalist to give some more information on grounds it was important as the case was largely reported in Bulgaria, Boevski replied: "It was important two years ago; it is no longer important." He declined saying if he has been exonerated of the crime.

BNT have also approached for information the Bulgarian Embassy in Brazil, but an employee only told them the following on the phone: "We might know something, but we are not authorized to disclose it."

He told Dimitrov the media must seek the weightlifter's wife as she was in Brazil throughout the entire ordeal.

"Some documents are in the process of moving. I cannot tell you anything more concrete and I am not authorized," said Dermendzhiev.

To the reporter's question if it was possible Boevski was still in Brazil, the lawyer replied:

"Rather no. As you know, he could only be in Brazil or Bulgaria."

Dermendzhiev merely clarified that the athlete had Brazilian attorneys to represent him there and he was only representing him in Bulgaria.

After arriving at the Sofia airport, Boevski has simply taken off in a taxi cab and left in an unknown direction under the watch of stunned passerby, BNT informs.

No further details are currently available.