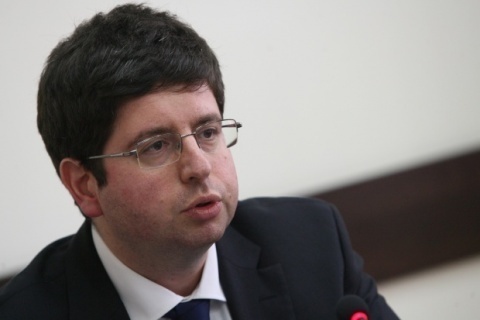 Bulgaria's Finance Minister Petar Chobanov will be in charge of placing debt under German legislation. Photo by BGNES

Bulgaria’s Finance Minister Petar Chobanov has been authorized to contract a legal consultant and hold talks with banks as the country seeks a EUR 360 M Schuldschein loan to finance its budget shortfall.

Bulgaria’s government has invited offers from ten German banks and Minister Petar Chobanov, who will be in charge of placing debt under German legislation, is expected to pick the one with the lowest fee.

The names of the banks were not officially disclosed, but Deutsche Bank and Commerzbank surfaced in media reports.

The Schuldschein loan, which is not well known in Bulgaria, is provided mainly by German banks and is used to raise capital from both private corporations, municipalities and states.

No further details about the yield and terms of the issue were immediately available.