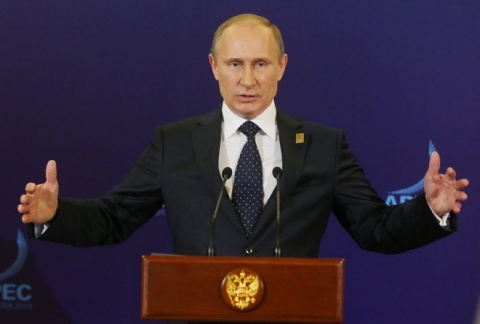 “Some political forces are using Islam, or, to be more precise, its radical movements that have never been popular among Russian Muslims, to weaken our state and to create regions with foreign-managed conflicts on Russian territory,” Putin said at the celebration of the 225th anniversary of the Central Spiritual Administration of Russian Muslims.

“An active and not always positive process of bringing politics into religion, including Islam, is currently going on in the world. In such conditions, the Russian Muslim community is facing new problems and tasks. We can solve them only together,” he added, as cited by Russia Today.

On Monday, a suspected suicide bomber killed six people and injured over 30 on a bus in the Russian city of Volgograd. Russian media reported that the suspect, identified as Naida Asiyalova, had been in a relationship with a man wanted by the authorities for his links to militant Islamic groups.

Earlier in October, ethnic tensions emerged after the stabbing of a 25-year-old Russian in the Moscow district of Biryulyovo . An Azeri national was suspected for the murder.