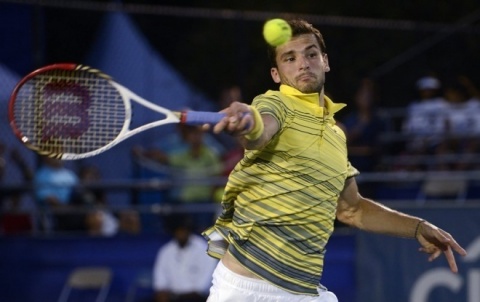 Bulgaria's highest-ranked tennis player Grigor Dimitrov will face David Ferrer in the final of the Stockholm Open crown after each scored a semifinal victory Saturday.

The Stockholm tournament is from the ATP level.

Grigor is number 7 seed and gained his second career final – the first one was in January when he lost to Andy Murray at Brisbane.

With his victory over the new star of the French tennis, the Bulgarians secured EUR 50 400 in prize money and 150 points for the world ranking of ATP.

Spain's Ferrer struggled against Latvia's Ernests Gulbis before emerging with a 3-6, 6-4, 6-1 triumph in the other semifinal.

The final is on Sunday 16 CET.